Signing an agreement with the University of Islamic Sciences Malaysia (USIM) 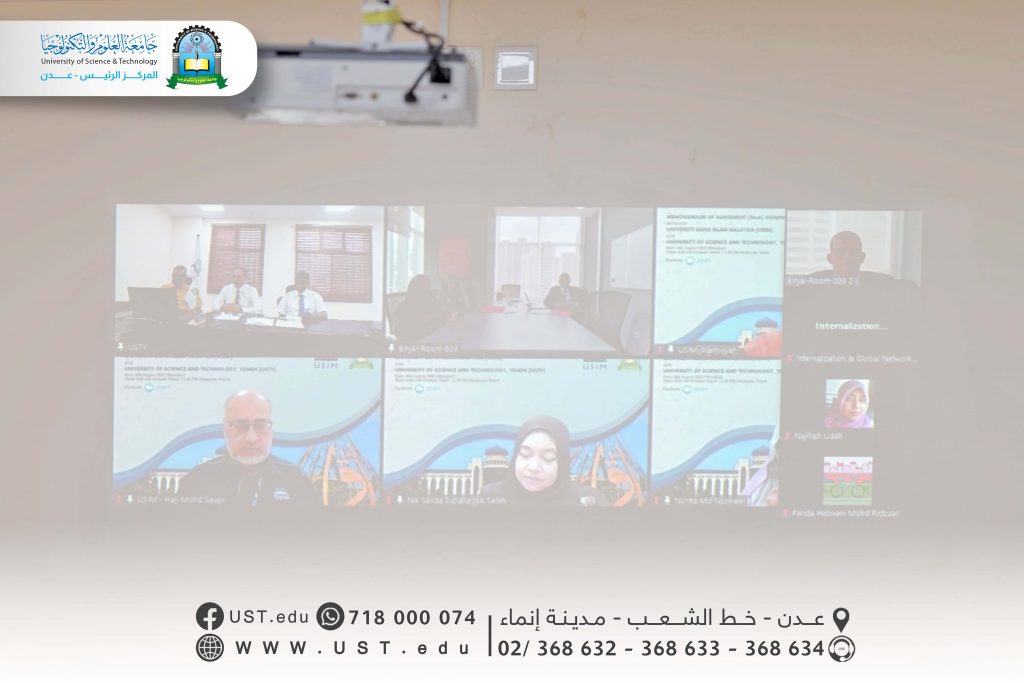 In his speech, the Acting President of the University touched on the distinguished relations that link the Yemeni University of Science and Technology with Malaysian universities through various international programs, recognizing the importance of academic partnerships with distinguished universities regionally and globally, praising previous experiences with many well-known Malaysian universities, expressing the university's aspiration through this cooperation. To provide academic and research opportunities for students in Yemen, in a way that contributes to creating a research and scientific movement that will benefit society, Yemen and the region.

For his part, A. Dr.. Sharaf al-Din Muhammad Shaarani, Vice President of the Islamic University of Malaysia, stressed the importance of signing such agreements, and strengthening such partnerships with a scientific and academic dimension because of their impact on societies and development, praising the initiative of the Yemeni University of Science and Technology, and stressing the university's keenness to open up to other countries and societies, Especially in the context of societies close in culture and orientation.

The agreement focused on the implementation of several postgraduate programs (Master's and PhD) in many different disciplines offered by the university.